Jessica Biel and Justin Timberlake are planning to move to his hometown of Memphis, Tennessee because they don't want to raise their baby in Los Angeles. 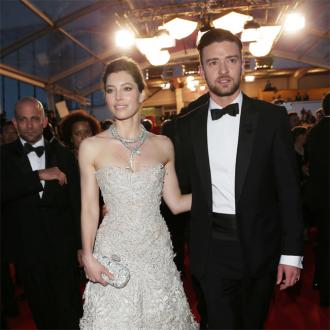 Jessica Biel and Justin Timberlake are planning to move to his hometown of Memphis, Tennessee.

The couple are said to be expecting their first child together and are eager to raise their family away from the spotlight so want to leave Los Angeles.

A source said: ''Justin and Jessica want their kids to have a hometown and a family base, and they definitely don't want to raise them in Los Angeles.

''Being near Justin's hometown is ideal because his mom, Lynn,

is even more excited about this baby than they are - and Justin's grandmother Sadie is on cloud nine.

''Justin's used to living in a small town and says he had a great childhood because of it.''

Jessica, whose family live in the picturesque Boulder, Colorado, and was born in Minnesota, is more than happy to leave Hollywood behind.

The source told America's OK! magazine: ''Jessica can't stand the obnoxious attitudes of kids in Hollywood. She wants her children to have good values and a sense of community.''

The couple are said to have wanted a baby for some time, but wanted to wait until Justin had completed his '20/20 Experience World Tour'.

An insider previously said: ''Contractually, he was obligated to do the tour, but he promised they could start a family when it ended.''