Jessica Biel was reportedly showing off her engagement ring at a 'Saturday Night Live' after party in New York on Saturday night (18.02.12). 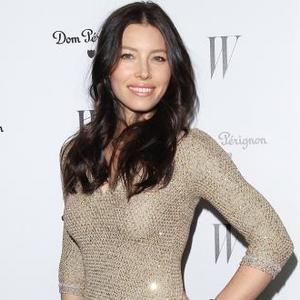 Jessica Biel was reportedly showing off her engagement ring on Saturday night (18.02.12).

The brunette beauty - who is believed to be set to wed singer-and-actor Justin Timberlake - was spotted wearing the band at a 'Saturday Night Live' after party in New York.

A source who attended the party in New York told Us magazine: ''Jessica was showing off her ring.''

Another partygoer revealed the couple were ''holding hands'' at the event and kissed a number of times.

The insider explained: ''They were very lovey, holding hands. They kissed a few times in front of the crew.''

Justin is thought to have proposed to Jessica during a pre-Christmas break in December in Jackson, Wyoming - and the actor's grandmother Sadie Bomar recently admitted she would welcome the 'Valentine's Day' star into their family.

She said: ''Jessica is a very sweet girl, she's upright and everything and we love her.

''She's a wonderful campaigner for the environment and Justin is too, a fine young man. Jessica will be a lovely member of the family.''