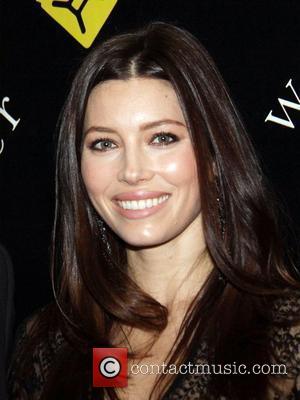 Jessica Biel and Justin Timberlake might've picked up their relationship in the most emphatic way possible - by getting engaged. The pair had initially split up in March, with a statement from their people reading "Addressing the media speculation regarding Jessica Biel and Justin Timberlake's relationship, we are confirming that they mutually have decided to part ways. The two remain friends and continue to hold the highest level of love and respect for each other."
However, now The Press Association is citing various sources who seem to think that not only has Timberlake got back together with the actress, but that he's popped the question as well. Apparently the proposal occurred in Wyoming's five-star Amangani resort last night, December 21st 2011, and the local jewellers there, Tayloe Piggett, posted on their Facebook "Word on the street is that Justin Timberlake proposed to Jessica Biel at the Amangani last night. We're picking out post-engagement presents for them just in case they come in! Trying to play it cool."
Others who have hinted at the reunion include PR agent Kyle Schaffler, who bragged on his Twitter "I love that no media outlets know about the Justin Timberlake and Jessica Biel engagement. Benefits of working in PR." There has been no official announcement as yet from either party.