Jessica Biel has reportedly been offered one of the two main female roles in the remake of the 1990 sci-fi thriller 'Total Recall'. 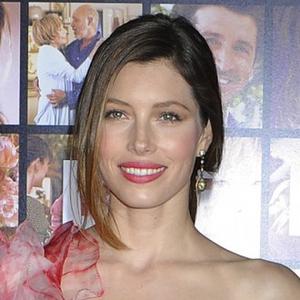 Jessica Biel has been offered a role in 'Total Recall'.

The 'A-Team' star was one of a number of actresses -including Eva Green, Eva Mendes and Paula Patton - who auditioned for one of the two main female parts in the remake of the 1990 sci-fi thriller and impressed director Len Wiseman so much he offered her a part according to Variety.

It is unclear which part Jessica will play but she is reported to have auditioned for the character of Melina, who helped protagonist Douglas Quaid solve a futuristic scandal on Mars in the original film.

The other main female part is that of Douglas' difficult wife Lori while Colin Farrell will take over from Arnold Schwarzenegger as Douglas.

The original film tells the story of Douglas, a construction worker who thinks he's a secret agent, but the new version will be closer to the book it was based on 'We Can Remember It for You Wholesale' by Philip K. Dick.

Producer Neal Moritz said: "It's closer to the book, the big different is we don't go to space. Instead of it being a spaceship that takes us to another planet, there's something that takes us from one side of the plane to another that's really interesting."

James Vanderbilt and Mark Bomback are writing The Script with shooting set to begin in Canada on May 15.