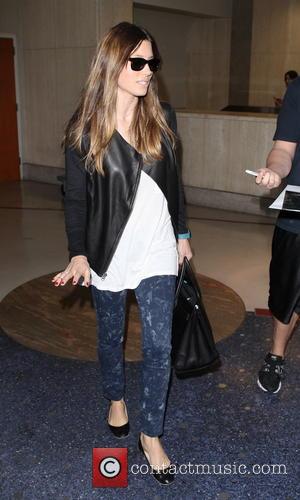 A week after Biel, who is married to Justin Timberlake, and Bass attended the wedding of the boys' 'N Sync bandmate Chris Kirkpatrick on 2 November (13), the pop star-turned-radio personality has revealed the actress has come up with some great ideas for his big day.

Bass, who proposed to boyfriend Michael Turchin in September (13), says, "We were sitting there talking to Jessie Biel, and she gave us a lot of great pointers. She had some really great ideas.

"One really cool idea she had was that, on the invites - because we love our onesies - send out personalised onesies to all our guests, so that at midnight after the reception it turns into a pajama party. How fun would that be? I think we might be doing that one. That was something we both loved."

The gay star tells Us Weekly he and Turchin are likely to tie the knot next October (14), adding, "We’ve slowly but surely started planning it."