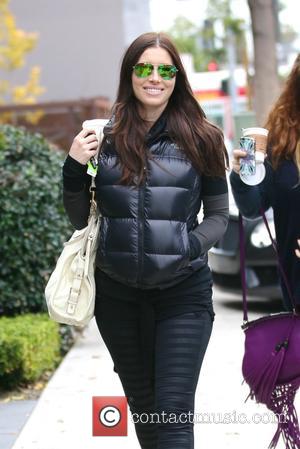 The Total Recall star, who is married to Justin Timberlake, was inspired to team up with WomanCare Global founder and activist Saundra Pelletier when she began to realise how many questions she had while trying to conceive five-month-old son Silas, who was born earlier this year (15).

She tells Glamour.com, "I (had) been on (birth control pills) for so long; (I wondered) how hard (it would) be to get pregnant? Suddenly I realised I really didn't know what's going on inside my own body, it was shocking."

Biel and Pelletier's relationship formed after the actress met her and confessed her ignorance on the topics.

The two are now launching the sex education web series, which will focus on subjects including puberty, contraception and menstrual cycles.

The actress continues, "We want girls to know what their (body is going through) so they don't feel scared or ashamed or gross."

"We share girl stories, fears, and insecurities. The tone is informative but also goofy, smart, witty."