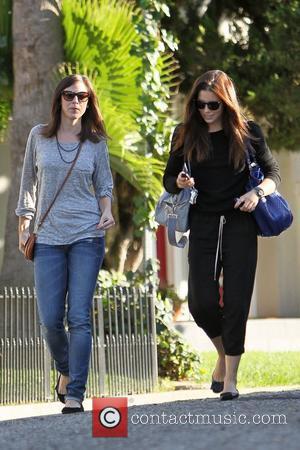 Good news for fans of Jessica Biel 's body, she might be willing to strip on camera again in a film - despite the dire reception of the last one she bared all in. 2009's 'Powder Blue' saw the 29 year-old actress play a stripper who finds herself sharing Christmas Eve with an odd ball mixture of characters including an ex-con, a mortician and an ex-priest. The film - directed by Timothy Linh Bui - went straight to Dvd, leading to Biel to reflect "It was brutal for a while. There was so much more that we put into it."
However, the actress who found famed as a teenager on the long running TV series '7th Heaven' claims that it hasn't put her off doing something similar again, quoted by the UK's Daily Mail as saying, "I wasn't so scarred by the experience that I wouldn't do it again,' and going on to add "If a director I trusted came to me with an amazing opportunity and it felt organic, I would do it."
Biel has had a relatively quiet 2011 release-wise, her only role being the forthcoming release of 'New Year's Eve' which she sees her character find her life intertwined with several other couples and singles over the course of the last day of the year - a plot idea not too dissimilar to 'Powder Blue' some might say.