Jessica Biel is planning to ''bounce back'' into shape after she gives birth to her and Justin Timberlake's baby and is keeping up with her usual workout routine so she can be fit for the birth. 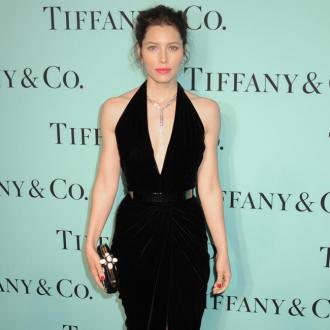 Jessica Biel plans to ''bounce back'' into shape after her pregnancy.

The 'Total Recall' actress, who is expecting her first child with husband Justin Timberlake, has maintained her workout routine over the past few months, as she wants to be fit when she gives birth.

A source close to the 32-year-old beauty explained to US OK! magazine: ''She's not letting anything stop her when it comes to keeping fit.

''It's not just important for her and her baby to be healthy, she also wants to bounce back to her pre-pregnancy figure after giving birth.''

The star, who is believed to be six months pregnant, has yet to comment on her growing baby bump, but Justin confirmed the happy news on his birthday last month.

Alongside a picture of himself kissing her stomach on Instagram, the 34-year-old star wrote: ''This year, I'm getting the GREATEST GIFT EVER.''

A source previously claimed the couple were ''worried'' about sharing their happy news.

The insider said: ''They've been trying for a while to get pregnant, there've been some issues so that's probably part of it too, they don't want to announce it until it's further along and they're out of the woods for a miscarriage.''