Jessica Biel admits she used to cut off the heads of her Barbie Dolls when she was younger and now uses the decapitated heads to decorates her Christmas tree with. 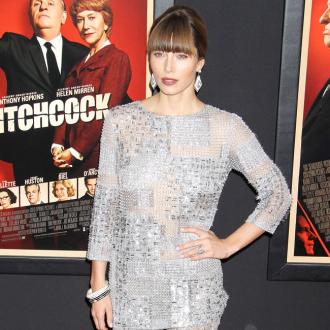 The 'Playing for Keeps' actress used to cut the heads off her Barbie Dolls and when she was younger and her parents would let her put them on their festive tree, a tradition she still keeps up.

She said: ''My Barbie Dolls didn't really stick around very long. I ended up mutilating them by pulling their heads off, cutting off all their hair, dyeing them with markers and sticking them on the Christmas tree lights. They'd light up like these demonic heads. My parents were very open!

''Back then I don't think people reported that kind of stuff. Now I would definitely be in trouble. I still have the heads. They still go on [my Christmas tree] every year at home.''

The 30-year-old - who married Justin Timberlake last month - admits she was quite a tomboy while growing up and wanted to be Indiana Jones.

She told talk show host Conan O'Brien: ''I played any kind of sport - soccer, football. Whatever it was, I was playing with boys, hanging out.