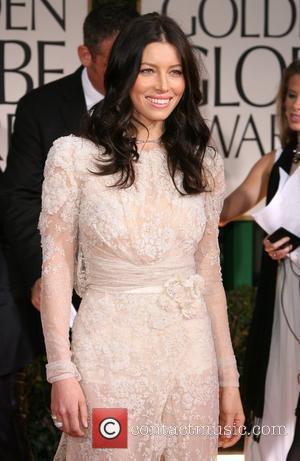 Jessica Biel and Justin Timberlake are planning to tie the knot this August (2012) and the star couple are still on the hunt for the perfect wedding venue, according to US Weekly. A source close to the couple has revealed that they are on the lookout for something close to California and "they have plenty of people they want to invite," says the source, meaning that they will have their eyes peeled for a venue with plenty of space for their family and celebrity friends.
Planning a wedding is always a huge undertaking but 30 year-old Jess can count herself lucky that she has Mama Timberlake (aka Lynn Harless) on hand to help. "She's helping Jessica with every little thing," revealed the source. One thing that the future Mrs Timberlake has nearly ticked off the list, though, is the dress. Her top choice of designer, Monique Lhuillier, has already sent over some designs for her to look at, meaning that she's one step closer to being ready for that highly anticipated trip up the aisle.
Justin popped the question to Jessica whilst they were holidaying in Jackson, Wyoming, late last year (2011), but Jessica was careful not to be photographed wearing the ring until recently. She did wear it to a Saturday Night Live after-party in February but made certain that nobody managed to sneak a picture of the impressive rock.