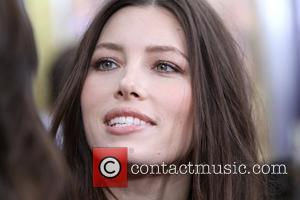 Avid skier Jessica Biel has enrolled in a survival safety course so she's better equipped to deal with an emergency on the slopes.
The A-Team star enjoys heliboarding, which involves jumping out of a helicopter, strapped to a snowboard, but Biel admits her hobby can sometimes put her in dangerous situations - so she's taking avalanche response classes.
She says, "I started skiing when I was probably seven or eight and then turned into a snowboarder around 12. And I've been doing it ever since.
"This year, I'm taking an avalanche emergency class... I'm taking it because where I like to go in the mountains, sometimes (it) can be really scary. I'm not quite sure what we're going to be doing but I know it's going to involve a shovel, a beacon, and a probe.
"I think it might involve some classroom work and then some in-the-field study. We might even be burying people and then, like, learning how to find them."