Jessica Biel ''very badly'' wants a ''dark'' movie role but fears some directors cannot get over her looks. 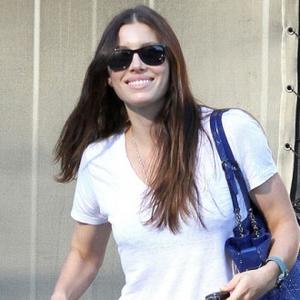 The 'New Year's Eve' actress used to find it difficult to be taken seriously in her career and while she thinks she has now established herself, she still hasn't been offered her ideal part.

She said: "I felt frustrated for a long time that my appearance was an issue and I wasn't being taken seriously at the beginning of my career. It's less of a battle now.

"I know that I still haven't found the right dramatic role that will allow me to move past the whole issue.

"I crave something dark, deep and complicated when it comes to acting. I think most directors can get past my looks and focus on my acting, even though I still haven't been able to land some of the parts I wanted very badly."

Despite her frustration, Jessica remains optimistic that she will eventually secure her dream role.

She added: "I'm a pretty hopeful and positive person. I know that one day I'll get my shot at some of those big parts that I keep missing out on."