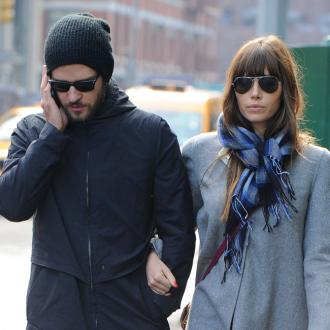 The 'Total Recall' actress - who is rumoured to be five months pregnant with her first child - reportedly wants her 33-year-old husband to stop going out on the town without her.

A source said: ''Jessica hates to fight, but now that she's preganant, she expects Justin to man up and be present. And one thing he hates is to be pressured to do things.

''She expects him to change his behaviour.''

The 'Mirrors' hitmaker was spotted partying with friends at The Electric Room in New York City until 3am after performing at the Barclays Centre in Brooklyn last month after Jessica jetted to the city from LA to support him.

The insider told Life & Style magazine: ''He still wants to enjoy his freedom and knows the baby will change everything. His life will never be the same.

''Everyone thinks it's weird that Justin is opting to party without his pregnant wife. Friends hope that when the baby arrives he'll step up to the plate.''

Another source previously claimed the duo were arguing over the singer's busy schedule, saying: ''They've spent little time together during Jessica's pregnancy. Justin pretends he doesn't have a care, but you can see how antsy he is.

''He knows it won't be long before his life changes ... now she's concerned it might be more than Justin can handle.''