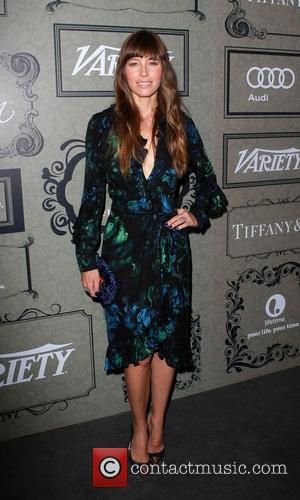 Justin Timberlake and Jessica Biel have now been married for three weeks, and after a day of R&R, the couple jetted off on their honeymoon. Photos and accompanying reports have finally been released about their exotic destination- Africa!

They had managed to keep their wedding fairly under wraps before the event in Italy in October, but plans for the post-nuptials were kept even more private. Neither paparazzi nor journos knew where the couple were off to before they landed. Even Biel's good friend and colleague Beverly Mitchell was in the dark, "None of us know where they went." She said, in the Huffington Post, "She keeps a really good secret! However, unfortunately their highly sought-after privacy was short lived, as the papparazzi found them as they stepped off the plane in Tanzania. According to USA Today they arrived in Africa on October 21st, and made their way to a private reserve in Serengeti Park.

Africa is nothing new to Biel, who climbed Kilimanjaro in 2010, reports US Weekly, in a philanthropic effort to raise awareness for the importance of the global crisis surrounding the lack of safe, clean water. Timberlake was meant to join her but was forced to cancel due to his commitments to The Social Network. Hopefully their honeymoon is far more relaxing than the gruelling trek up a mountain, which is not the tallest mountain in the world, contrary to US Weekly's reports.