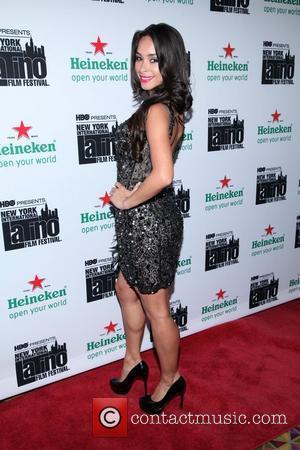 Model Jessica Caban has been inundated with hateful messages online from jealous fans of Bruno Mars since she was unveiled as the R&B star's girlfriend.
The Puerto Rican beauty recently began dating Mars and the pair was outed as a couple last week (ends12Aug11). The revelation has turned Caban into a target for overzealous devotees of the Just the Way You Are hitmaker, who have been posting rude notes about the model on social networking websites like Twitter.com and Facebook.com.
Her representative, Eunice Quinones, tells the New York Post's Page Six column that Caban's being harrassed by "haters" who claim she's not good enough for Mars.