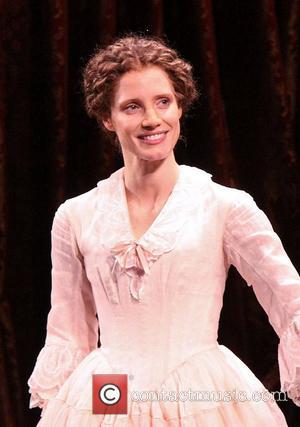 The highly controversial Zero Dark Thirty heads to cinemas screens in under a month, with the release for the film falling on December 19, 2012. The movie has drawn huge attention given that it focuses on the events that led up to the eventual killing of notorious terrorist Osama Bin Laden – the man behind the September 11 attacks on New York.

However, many thinking that this is set to be a movie fawning about the actions of President Barack Obama will be surprised – he only appears once in the film, on a TV saying that he doesn’t believe in torture, according to the Daily Mail. Much of the focus instead lies on actress Jessica Chastain’s portrayal of Maya, a female CIA Agent who becomes obsessed with catching and killing the Bin Laden.

It sounds potentially sickening, the glamorizing of such an event; however the early reviews have been somewhat positive, with much of the praise on Chastain herself. "[Chastain] is essentially asked here to carry a movie for the first time, and she rises to the occasion," writes The Hollywood Reporter, whilst Time Magazine even thought that it bettered Oscar-possible Argo, writing "Zero Dark Thirty" blew the similarly intense "Argo" "out of the water.” Oscar blogger Sasha Stone certainly felt that Zero Dark Thirty was in with a chance too, though, claiming "It's a crowded Oscar season for great films. But it's a good thing everyone had 'Zero Dark Thirty's' place in line because it is easily one of the year’s most memorable [features].”