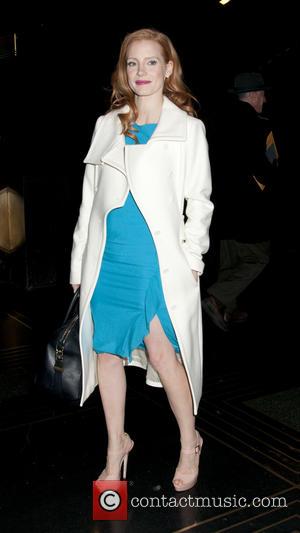 Jessica Chastain's star power is really starting to show. Since starring in 7 films in 2011, and a further four last year, plus being nominated for countless awards, movie makers are getting some serious bang for their buck with her.

Guillermo Del Toros' latest horror movie Mama was made on a low budget and had some pretty poor reviews, however with the well renowned director at the helm and Jessica Chastain's face all over it, it took an impressive $28m over the weekend. Having been produced for around $15m it's almost doubled that in just two days. Nice.

Not too far behind is her major hit of the year Zero Dark Thirty, in which she stars as the head of the team hunting for Osama bin Laden. That took $17.6 million. Trailing with $11.35m is another big contender in this year's awards, Silver Linings Playbook starring Jennifer Lawrence and Bradley Cooper.

The poorly reviewed Ryan Gosling and Emma Stone movie Gangster Squad is down at 5th, with almost half as much money taken this week, with just $9.1. Broken City also scored $9, but the biggest loser of the day was Arnold Schwarzenegger's The Last Stand which just broke $6m, and came 10th.

While the quality isn't necessarily reflected in the amount of money a movie makes, checking out anything Jessica Chastain is in is our advice for the week, no, make that year. All numbers from Reuters.