Jessica Simpson and fiance Eric Johnson are reportedly expecting a baby girl together and the singer has told friends it's ''like winning the lottery''. 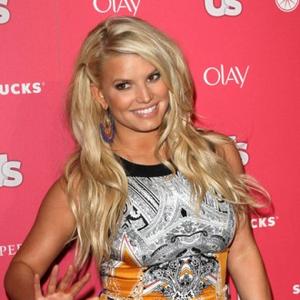 The singer-and-actress - who is engaged to former NFL star Eric Johnson - is pregnant with the couple's first child and was thrilled when doctors revealed she is having a daughter.

A source told In Touch Weekly magazine: "She's telling people it's like winning the lottery, twice. Jessica really wanted to find out the baby's sex, she hates surprises. She and Eric are both so happy."

The couple - who are set to wed next month in Hawaii - are currently painting the baby's nursery Pink and friends claim they are already considering the names Morgan and Karen.

Jessica - who was previously married to singer Nick Lachey - has made no secret of her desire to become a mother and recently admitted she couldn't wait to have kids with Eric.

She revealed: "I definitely see myself having a family with Eric, so that's exciting to think about."

The news of a granddaughter will also please Jessica's mother Tina as she recently revealed she would like more grandchildren to go with two-year-old Bronx, the son of her other daughter Ashlee Simpson and estranged husband Pete Wentz.

She said: "Obviously I'm looking forward to having more grandkids. Bronx is the love of my life. I don't mind boys or girls, I'll take anything I get. I'm not picky!"