Jessica Simpson For Us X Factor?

Jessica Simpson is reportedly one of the frontrunners to take on a rule on the judging panel of the US 'x factor'. 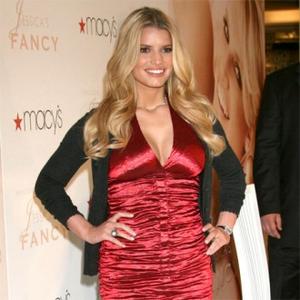 Jessica Simpson is being lined up for the US version of 'The X Factor'.

The singer, actress and reality TV star is reportedly at the top of Simon Cowell's list to take on one of the coveted judge-and-mentor roles on the show when it launches later this year.

A source told People: "There [are] loads of conversations happening at the moment. No one has been offered a judging role yet as new names keep coming forward who want the role, but there are some frontrunners and it's fair to say Jessica is one of them. She's very keen.

"She knows what she is talking about [and] is talented and likable. But Simon's not in a rush to decide. The judges have to mentor on 'The X Factor' - it's more than just turning up for a few hours a week to appear on TV."

Jessica is not the only person in the frame for a role, it was revealed yesterday that record executive Tony Mottola - ex-husband of Mariah Carey and former boss of Sony Music - is also being considered.

An insider said: "Simon and Tommy have known each other for years since their days at Sony and Simon has wanted to get Tommy on board one of his shows for a long time.

"They get on extremely well and this could be the moment where they finally get on screen together. Tommy's from The Bronx in New York, he's tough talking, doesn't pull any punches and will make great TV."

Other people mentioned as possibilities include Nicole Scherzinger, Mariah Carey, and Cheryl Cole.