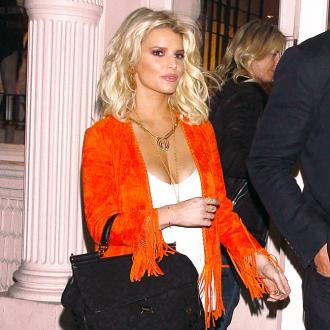 The 35-year-old beauty loves wearing high-heels but has admitted she chooses to ditch the platform shoes when she feels herself getting nervous.

When asked for 25 unknown facts about herself, she shared: ''When I'm nervous, I take off my shoes so I can feel grounded. But I still won't wear flats.''

During the open interview, the fashion mogul also revealed her writing style is dependent on her mood and that she detests bad grammar.

She added: ''When I write, I use different colours of ink and styles of handwriting, depending on my mood.

''One of my pet peeves is writing with incorrect grammar.''

Jessica - who has two children, three-year-old Maxwell and two-year-old Ace - also admitted she is a ''homebody'', despite having moved tens of times.

However, her and her children have a regular routine as the star cooks for them most nights although she admits she was less obedient as a child.

She explained to Us Weekly magazine: ''As a kid, I left space camp because the ice cream was dehydrated. But I still dream of being an astronaut.''