Jessica Simpson's mother has got engaged to her gardener Jon Goldstein after more than a year of dating. 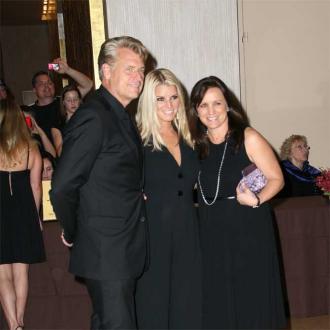 Jessica Simpson's mother has got engaged to her gardener.

TINA SIMPSON, who split from the singer's father Joe Simpson in 2012 after 34 years of marriage, is set to marry successful landscaper Jon Goldstein after two years of dating.

A spokesperson confirmed the news, saying: ''After 2 years of dating, Jon Goldstein and Tina Simpson are engaged. They are thrilled and completely in love!''

A source close to the 55-year-old star's beau also told Us Weekly magazine: ''He's a really nice guy. He's always cared about Tina...He's known them for 15 years and has been a part of their family. He's so happy she said yes! I know he had been planning on asking her for a while.''

The 'With You' hitmaker and her pregnant younger sister, Ashlee Simpson, are ecstatic their mother has found love again.

The insider added: ''They're happy that their mom is happy.''

The couple attended Jessica's wedding to Eric Johnson, with whom she has daughter Maxwell, three, and 23-month-old son Ace, at San Ysidro Ranch near Santa Barbara last July.

Tina and former pastor Joe, 57, finalised their divorce in April 2013.

A spokesperson for the duo said at the time: ''It is an amicable split and there is no third party involved. Any other related allegations are completely false.''