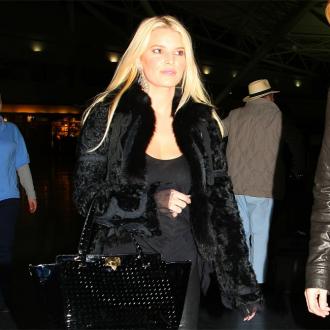 The fashion mogul, who starred in 'Newlyweds' with ex-husband Nick Lachey before they divorced in 2006 after four years of marriage, says she will never allow cameras into her home with fiancé Eric Johnson and their children, Maxwell, two, and Ace, 11 months, even though she feels ''blessed'' to have done the MTV series.

She said: ''I would absolutely not ever do reality TV again.''

But she added: ''I am blessed that I did have that show. It allowed people to come into my life, and to know me as a person, and I owe a lot of my support -- my fans came from that because people could relate to me.''

The 33-year-old star ''can't wait to be a bride'' in Santa Barbara, California in July, but thinks her daughter will steal the show.

She told 'Entertainment Tonight': ''She likes to twirl around in her dress, so she'll be the highlight for sure.''

The 'With You' hitmaker plans to return to the recording studio for the first time since 2010 after the wedding.

She added: ''Well, my kids are there, and they inspire me. They'll bring the music out of me.''