Danny O'Donoghue is going to write a song with his fellow 'Voice' judge Jessie J for her next album. 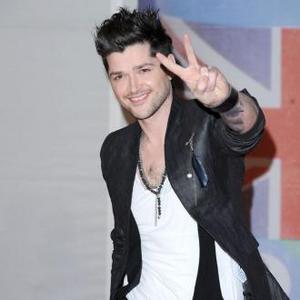 Danny O'Donoghue is planning to collaborate with Jessie J.

The Script singer would love to pen a break-up song for his fellow 'The Voice' judge Jessie J and is hoping to line up the perfect track for the 'Price Tag' singer's second album.

Danny said: ''Jessie was saying that lyrically on her next album she wants to articulate the break-up she went through, so I was like: 'Come to me. No one can write love songs like me!'

''I would love to write with her - her voice is incredible. She has the whole world in her hands.''

The Irish charmer also revealed recording 'Hall of Fame' with his unpretentious new pal will.i.am - who is also a judge on 'The Voice' - has been the highlight of his band's career and has opened up big musical opportunities for the rockers.

Danny gushed: ''It was awesome. I've been a fan of his and The Black Eyed Peas for over 10 years. When I got 'The Voice' I was really excited about befriending him.

''He's all about the music, like me, and not pretentious. He loves our band too, so that's really cool.

''The collaboration with will.i.am has opened up a lot of doors for us. Tinie (Tempah) has been down to the studio; we just haven't come up with the right song yet.''

The band has come a long way since their debut album and Danny is thrilled landing the BBC One talent singing show gig has given them more exposure, but he insists they won't let their newfound success go to their heads.

The singer explained: ''The mantra when we set out was that we wanted to make everyone in the world hear a Script song at least once. And it seems like we're doing a pretty good job.

''But no, it's just about trying to make the music we want to make and pouring our heart and soul into that.''