Is Jessie J Having Second Thoughts About Shaving Her Head? 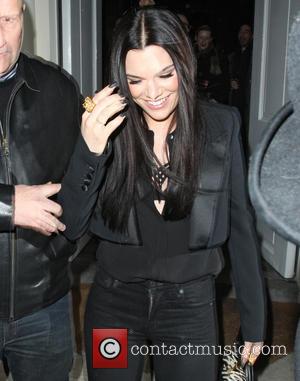 Jessie J says she is becoming increasingly nervous about shaving her head on live television in aid of Comic Relief. The Price Tag singer first committed to shaving her hair off for charity in 2011. "[It] is something I've promised to do for a long time and Comic Relief has given me the opportunity to try and raise as much money as possible for good causes by doing it," she said.

The Voice singer will have her head shaved on the evening of the BBC's Red Nose Day televised event on March 15, 2013. "I've loved watching Red Nose Day since I was a kid and I'm so excited to join this year's team of celebrity fundraisers and help support the campaign. I won't deny that I'm nervous but I am also honoured to be part of this year's campaign," she told the BBC. Other acts set for Red Nose Day celebrations include One Direction, who will be recording this year's charity singer, a cover of the Blondie song One Way of Another. The boy-band will perform the track for the first time at the Brit Awards in February. Singer Niall Horan said, "We are really excited to be part of Red Nose Day this year. We recorded Blondie's 'One Way or Another' and we really want the song to raise lots of money and for people to show their support by going out and buying themselves a copy."

Confirming her plans for the night, Jessie J added, "Together with help from the UK public, we are on a mission to raise more money than ever before for Red Nose Day. So come on, let's do it." Red Nose Day is on March 15, 2013.