British pop acts Jessie J and James Arthur are set to support Justin Timberlake during his show in Dublin on July 10. 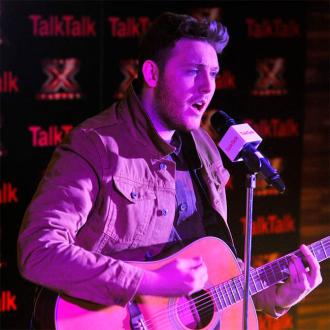 Jessie J and James Arthur are set to support Justin Timberlake in Dublin.

The 'Domino' hitmaker and 'X Factor' winner are delighted to be joining the ''legend'' of a singer when he plays at Phoenix Park in the Irish capital on Wednesday July 10 during his European string of shows.

Uploading a picture of the poster, which shows Justin's face and the support acts listed below, James wrote on his Twitter: ''Ladies and gents I am happy to announce I will be supporting the legend that is @jtimberlake 10th July at Phoenix Park #LOVE

''And @jessiej too two of my favourite artists in the world this is a very proud moment for me.. Thanks for all of your support guys seriously (sic)''

Jessie, 25, shared her excitement in a more subtle way, posting the same photo along with the caption: ''Ohhh weeee this summer is looking delicious! (sic)''

The 'Mirrors' hitmaker is keeping busy this summer with a string of shows, including a one-off gig and US stadium tour 'Legends of Summer' with rapper Jay-Z - who features in Justin's comeback single 'Suit & Tie' - ahead of his The 20/20 Experience World Tour later this year.

Speaking about the tour, Justin recently said: ''Speaking to Myspace, he said: ''We still haven't put the show together, but it's gonna be a lot of fun. It's going to be a musical show.

''We're both on this thing where we're not into a lot of tricks. We just want to come play and like I said, fry everybody's face off with the songs and everybody have a great time. Almost festival style, you know?''