'Price Tag' hitmaker Jessie J is said to be annoyed at her friend Adele, reportedly because the 'Skyfall' singer hasn't made much of an effort to stay in contact. 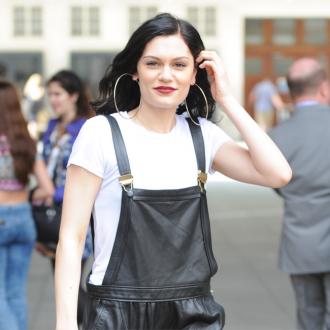 Jessie J has reportedly fallen out with Adele because she thinks her success has changed her.

The 'Price Tag' singer is said to be annoyed after the 'Skyfall' hitmaker didn't make much of an effort to stay in touch despite both stars being former students at the BRIT performing arts school.

A source told the Daily Star newspaper: ''They used to be close. But now Jessie never hears from Adele, which she finds frustrating.

''It's almost as if she's too busy for their friendship since her phenomenal worldwide success.''

The musical pair were close friends at the school, and Jessie has spoken fondly about their time ''jamming'' in the past.

She has previously said: ''I used to have jamming sessions with Adele between classes.

''We used to sing at lunchtime and someone would be playing guitar - it was fun.''

Meanwhile, it was recently reported that Adele was enjoying a relaxing holiday before she has to start promoting her new album '25'.

An insider previously said: ''Adele has chosen a lovely house to give her privacy. But it is also near the nicest beaches.''