Jessie J admits she was ''blown away'' by the London 2012 Closing Ceremony last night (12.08.12) and said she was proud to be representing the UK when she performed at the prestigious event. 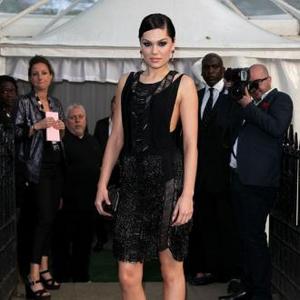 The 24-year-old singer performed three songs at the prestigious event at the Olympic Stadium in Stratford, east London, and was proud to have represented her country.

Jessie - who sang 'Price Tag' before joining Tinie Temph and Taio Cruz for a rendition of the Bee Gees' 'You Should Be Dancing' and sang alongside Queen legends Brian May and Roger Taylor for 'We Will Rock You' - tweeted: '''I'm in shock right now. Tonight is a night to always remember and never forget. Blown away!! #london2012''

She then wrote: ''Oh what a night! So proud to represent the UK! Congratulations to everyone! Booooooom! (sic)''

Victoria Beckham also took to her twitter account to speak of her joy at performing alongside her Spice Girls bandmates, Geri Halliwell, Emma Bunton, Mel B and Mel C.

The Fashion designer wrote: ''I was a pop star for the night!! I love u @MelanieCmusic, @OfficialMelB, @GeriHalliwell, @EmmaBunton!! we did it!! (sic)''

Mel C added: ''What an honour to represent our country and perform for all of the incredible Olympians. We salute you one and all #coloursoftheworld x x (sic)''

Other acts to perform at the Closing Ceremony of the London Olympics included Liam Gallagher, The Who, Take That, Ray Davies, Eric Idle and Emeli Sande.