Generous Jessie J has spent £2,000 on a specially-adapted bike for a disabled seven-year-old girl. 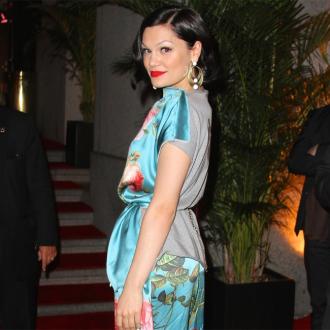 Jessie J has splashed out £2,000 on a new bike for a disabled child.

The 'Nobody's Perfect' hitmaker stunned the family of seven-year-old Ruby Haxter - who has cerebral palsy - by offering to pay for a specially-adapted bicycle after being contacted by the organisers of a fundraiser trying to raise £800 to buy the youngster a new wheelchair.

However, because the money for the chair had already been raised after the charity quiz night, Jessie offered instead to pay for the bike, and gave Ruby and her mum Vicky Spear backstage tickets to Weston-super-Mare's South West Live concert at the end of June.

Family friend Dean Ford, who ran the quiz night in April, told WalesOnline: ''She's agreed to pay for everything. Her people said go and get Ruby fitted up for the bike and we'll sort out everything else.''

Vicky added: ''When Dean rang me to tell me I was just in tears. I have just been crying ever since.

''Jessie has just done a massive, massive gesture for us. I would have been fundraising for about three years to be able to afford it otherwise.''

Jessie has thanked Dean for getting in touch with her via Twitter and hopes her gift will help the little girl.

Alongside a picture of herself meeting Ruby, she tweeted: ''Thank you Dean for tweeting me and Ruby I hope you love your new bike and it helps strengthen your legs.''

The family were overjoyed to receive the bike as it will help Ruby live more of a normal life like her sister.

Vicky said: ''I want her to be able to do things that her sister is doing. Ruby loves the bike.

''We just cried when we saw her first start pedalling it - I thought it would take months or years before she'd be able to.''