Jessie J is excited to see her natural hair color when she shaves her head for charity. 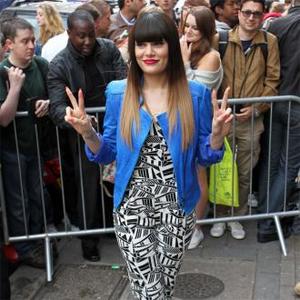 The 'Domino' singer has previously claimed she would get rid of her tresses to raise money for charity, but has now confirmed it will be happening soon and she is excited at the prospect of seeing her natural hair color.

She told We Love Pop magazine: ''I'm going to announce the charity I'm doing it for soon. It's taken a little while to get the ball rolling. It's not as easy as, 'Oh, 'I'm going to shave my head!'

''I want to make it worth it and make sure I raise a lot of money. I can't wait, to be honest. I think I'm going to love it. My hair grows so quick, but it's naturally dark blonde. Seeing my natural Roots will be interesting.''

Jessie will join the likes of Natalie Portman, Anne Hathaway and Demi Moore who have all previously shorn off their long locks.

Last year, Jessie said she wanted to shave her head for as many as five charities and she was hoping to raise around £1 million.

She said: ''I'm so ready for it. Bic it, powder it, who cares? My hair will grow back. There are times when I wish I could have done marathons, but with my heart problem I couldn't - but there are things I can do to raise money.

''There are a lot of celebrities who would say, 'I'd shave my hair,' but they wouldn't.''