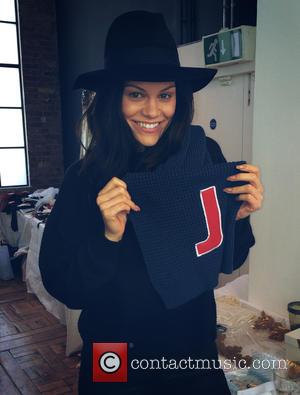 Earlier this year (14), the Bang Bang hitmaker sparked speculation she was dating James following a series of flirty posts on Twitter.com, but neither acknowledged speculation about their relationship.

Jessie J has since cleared the air once and for all by dedicating an Instagram.com "Man Crush Monday" post to her new beau on Monday (03Nov14).

The singer posted a selfie alongside James, and in the accompanying caption, she wrote, "My first ever official #mcm. My man. My crush. My Monday morning. So it's only right."

James, a Grammy-nominated singer/songwriter who was recently an opening act for Beyonce, followed suit and shared shots of himself and Jessie on his Tumblr blog, in a post titled "A New Feel".

Last month (Oct14), Jessie J even invited James to share the stage with her for a sold out gig in Los Angeles.