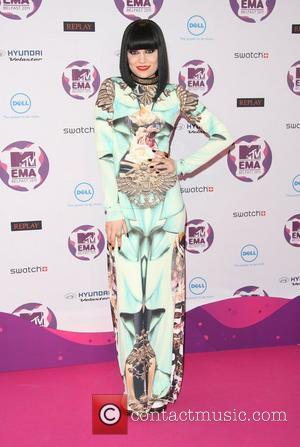 British singer Jessie J has shown off her caring side after handing over $4,800 (£3,000) to a U.K. children's charity.
The Price Tag hitmaker visited the Bbc Radio 1 studios on Thursday (17Nov11) and decided to make the generous donation to take the total amount collected for the Children In Need appeal to $160,000 (£100,000).
She later took to her Twitter.com page to ask fans to follow her lead, writing, "Just donated £3000 to Children In Need on Fearne cotton's (radio) show to make it up to £100k yes!! Come on everyone get involved. Make a change."
Jessie J has also signed up to perform at a Children In Need fundraiser in Manchester, England on Thursday, joining Lady Gaga, Coldplay and Take That star Gary Barlow on the bill.