U.k. Singer Jessie J Surprised A Young Fan During A Concert In Switzerland By Inviting Her Onstage To Perform A Duet. 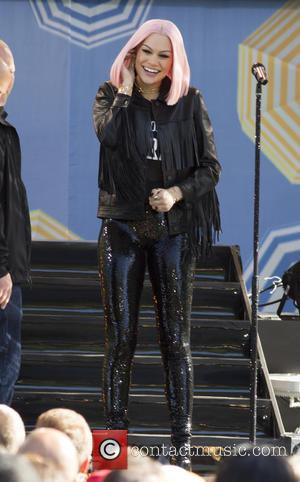 The pop star, whose latest stop on her Sweet Talker tour was in Zurich on Friday (06June15), spotted the 11-year-old girl in the front row of the audience and asked her to join her on stage.

The youngster, named Zoe, previously appeared on German TV talent show The Voice Kids, and sang Jessie J's Masterpiece to the judges. The singer later posted a photo of the duet on Instagram, adding that she was "blown away" by Zoe's singing voice.

She wrote, "So I always talk to the audience. I noticed this little girl in the front row smiling. I asked her name. She said 'Zoe' and I asked her how old she was, she said '11'... Then I said, 'Hold up aren't you the little girl who sang Masterpiece on The Voice Kids in Germany?' She nodded and put her hands over her face.

"I invited Zoe on stage to sing Masterpiece with me, I said it on stage and I will say it again. Hands down the most professional, vocally in pitch, unplanned duet I've ever done! Seriously at 11 she sung the song with ease and I was blown away... Zoe thank you for making last night's show for me. You shone so bright. I'm so proud of you!!"