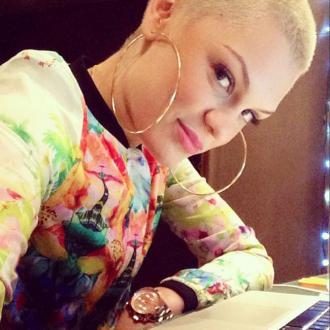 The 'Price Tag' star is looking forward to headlining the new festival in Birmingham, England, not only because of the line-up, but also as it helps raise money for charity The Prince's Trust.

She said: ''I can't wait to perform at Fusion Festival, it's exciting to be headlining a brand new UK festival with such an amazing line-up, it's one of the performances I'm most looking forward to this summer.

''It's amazing that the festival is donating £5 from each ticket sale to The Prince's Trust, it's one of the charities closest to my heart and makes me even more proud to be on the line-up. Roll on August 31st, it's going to be BIG!''

Other acts confirmed to appear at the festival - which takes place on August 31 and September 1 - include Ne-Yo, JLS, The Wanted, McFly, The Saturdays, James Arthur, Wiley, Union J and Amelia Lily, with many more to be announced.

Festival spokesman, Mike Owen said: ''We felt the time was right for a brand new music festival for the UK's second city and we are so excited to be working with such a fantastic organisation as The Prince's Trust and with Birmingham's Number One hit music station, Capital FM.

''We've got a brilliant line-up this year and this is only the beginning for Fusion Festival.''

Tickets are available online at www.thefusionfestival.co.uk ranging from £35 and £95.