Jessie J says people can't understand how hard it it to be famous unless they have been there themselves. 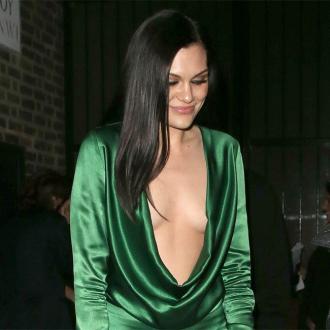 Jessie J says people can't understand how hard it it to be famous.

The 'Bang Bang' hitmaker likes to offer support and advice to other artists because it isn't ''easy'' being in the public eye.

She said: ''We've all been there. And I know how hard it is. Until you're famous and you go through what we go through, you can't understand. No-one understands.

''I think that it's important for people that are in a similar situation to help each other out, when it's tough, so that's how I am as a person.

''And all my friends understand that about me and sometimes I put my hands out. And if people want it, then great.

''It's really important that we support each other because its not easy.''

The 26-year-old singer admits she feels frustrated when people tell her not to listen to her critics because it isn't a ''human reaction'' to just ignore ''bullying'' remarks.

She added to BANG Showbiz: ''I always try and explain to my team that when someone writes something evil about you or something untrue, everyone says, 'Just ignore it, they're haters' but if someone comes up to you in the street and shouted in your face something mean or brought up your girlfriend or boyfriend and told them a lie, you're not going to be like 'Oh they're a hater, it's OK'.

''That's not a human reaction. And I don't believe that it's haters, I think its bullying.''