Jessie J Has A Broken Foot 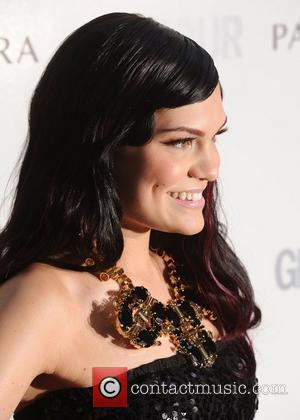 Picture: Jessie J at the Glamour Women Of The Year Awards at Berkeley Square, London, England- 07.06.11

Jessie J's foot injury is worse than she feared - the British singer has broken a bone.
The Price Tag hitmaker was admitted to a medical facility on 11 June (11) after falling from a stage platform during rehearsals for a show in London, and the singer was initially told she had ripped a ligament in her left foot.
She battled her way through the Summertime Ball at Wembley Stadium a day after the accident, and when the pain failed to subside after nearly two weeks, she returned to hospital for a series of scans on Tuesday (21Jun11) - and found out she had been walking on a broken foot.
In a post on her Twitter.com page, she writes, "I am back in the U.K. I didn't Tweet all day yesterday as I was at the hospital having scans on my foot! To get a specific diagnosis... Turns out I've been hobbling around with a broken foot."
She added, "Right (I'm) not gonna (sic) jazz it up. I'm in a lot of pain so gonna go and sleep and rest!"