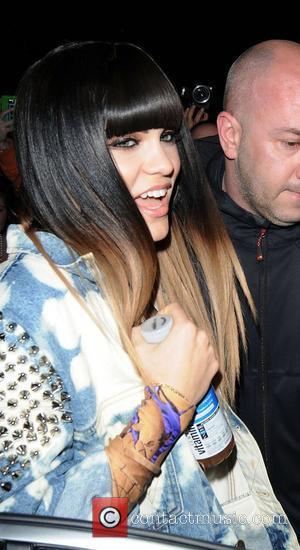 British singer Jessie J has upped her security after a teen fan reportedly broke her leg to mimic the star, according to a U.K. report.
The Price Tag hitmaker, who broke her foot in a nasty stage fall last year (11), has allegedly been left terrified by the messages from an obsessed devotee, who damaged her own leg to be more like the star.
The fan even sent snaps of the injury to the singer's personal cell phone, according to Britain's The Sun.
A source tells the newspaper, "She's horrified this happened. Jessie's a really, really sensitive and kind girl who loves keeping in touch with her fans.
"But this incident was just too much for her and she ended up getting really frightened and upset. She was sad that a fan hurt herself to look like her - but she was also scared for her own safety.
"Now Jessie's on The Voice and getting bigger and bigger, she knows it is time to review security and the risks to her.
"She loves her fans but these things are unavoidable in this day and age. It happens to all pop stars as they become bigger. It's one of the downfalls of fame. Jessie would prefer it wasn't this way."
A representative for the singer has not yet commented on the report as WENN goes to press.