Jessie J is looking for love

Bisexual singer Jessie J wants to find love, and she insists it shouldn't matter if she decides to get together with a man or a woman. 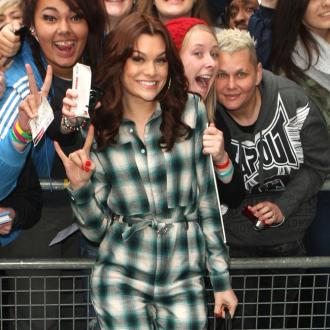 The openly bisexual singer insists she isn't ''defined'' by her sexuality and just wants to be with someone who makes her happy, whether that is a man or a woman.

She said: ''It's one of those things where they labelled me. Sexuality shouldn't define anyone. It doesn't define me.

''Love should be at the core of what you do. I'm only interested in finding love now.''

The 24-year-old pop star also revealed her new more feminine image is a result of ''embracing'' herself ''as a woman''.

She said: ''That really scary, spiky, cartoony kind of thing, that was me two or three years ago. Now, I'm definitely more embracing of myself as a woman and my sexuality and just being a bit more feminine.''

The 'Do It Like a Dude' hitmaker insists the way she looks now reflects how she has always felt, but she changed her image when she started her career so she would stand out more.

She explained to the new issue of ELLE magazine: ''I've always wanted to look like this, but it didn't grab people's attention.

''And in the beginning you've always got to do something that's going to make people go, 'Who's that?' ''