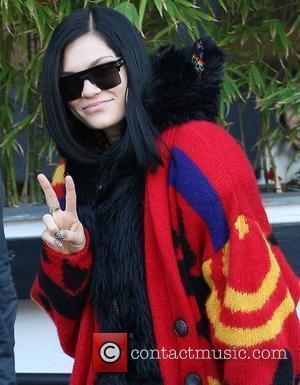 Radio One have announced that Jessie J will be one of the main attractions at their Olympic music event, Hackney Weekend. The event will take place on the same weekend that Glastonbury Festival is historically held, 23rd and 24th June. The show will expand on their regular 'Big Weekend' events to become the radio station's biggest free outdoor event.

Taking place on Hackney Marshes, Hackney Weekend will also feature performances from fellow British chart-toppers Professor Green, Ed Sheeran, Plan B and Tinie Tempah. Professor Green was quoted by the Press Association as saying "Hackney is a great place, so events like this and the Olympics will help showcase the borough in a positive light." The borough of Hackney is one of the areas of London that was most affected by the London riots in 2011. This morning, Chris Moyles announced on his show that the Brits' Critics Choice Winner Emeli Sande will be appearing, as will DAPPY of N-DUBZ. They will be joined by Lana Del Rey and Jack White amongst others. It is expected that over 100 artists in total will play over two days at the event, which will host six stages and will form part of the official Olympic celebrations.

Ticket registration will be available from Monday, though the majority of tickets will be allocated to residents of Hackney and other Olympic boroughs. The director of the event, Jason Carter, has said "This event will be a massive celebration in such a special year for us all."