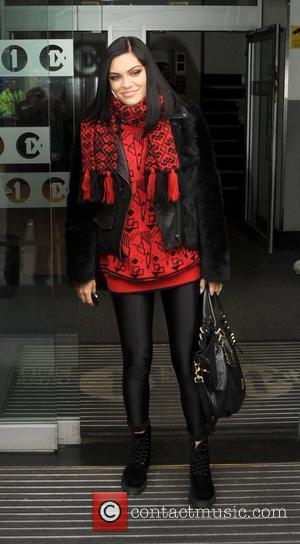 British pop star Jessie J was left red-faced after prematurely celebrating reaching number one in the U.K. singles chart - she jumped into her hotel pool in excitement only to learn rapper Flo Rida had actually topped the countdown.
The Price Tag hitmaker was on tour in Thailand when fans on Twitter.com advised her that her latest track Domino had claimed first place on the iTunes chart - prompting the thrilled star to jump into a pool in glee after indulging in a glass of wine.
However, the tipsy singer was soon left dripping wet and downhearted when a pal discovered she had only topped the iTunes pop countdown - and not the official U.K. chart.
She tells U.K. chatshow host Jonathan Ross, "I was in Thailand (when I heard it was number one). Sitting in our pyjamas, sitting by the pool, having a glass of wine. I went on Twitter and just read 'you're number one on iTunes' and so I freaked out and thought 'I'm gonna jump in the pool.' (I) jumped in the pool, realised I was a bit tipsy, couldn't swim and panicked and everything just got really heavy. So I got out of the pool... put Domino on and was dancing by the pool and then one of my best friends said, 'Babe, Flo Rida's number one.'
"I was number one on the pop chart, not the official chart. So I was just standing there freezing cold, naked and I just said, 'Shall we just go to bed?'."
But Jessie J eventually got the chance to celebrate her song's success for real - the track finally topped the official chart last month (Jan12).