Jessie J has been warned by doctors she needs to tone down her live shows including starting to lip sync due to a dangerous heart condition. 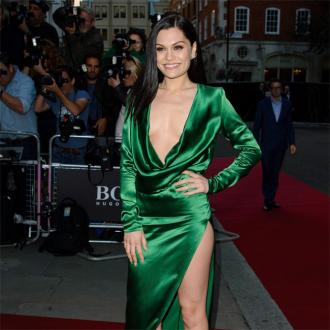 Jessie J may be forced to mime on stage due to her heart condition.

The 26-year-old chart topper has revealed she has been warned by doctors she needs to slow down on the amount of fast-paced shows she performs to maintain her health, which has posed a difficult dilemma for the star because she doesn't want to have to lip sync at her gigs.

She explained: ''I don't know if I'm going to be in control to this as long as I want ... [The condition affects me] more often than people think ... You cover it up.''

The condition mentioned is Wolff-Parkinson-White syndrome, which Jessie was diagnosed with at the age of 11, causing her to experience an irregular heartbeat, often leading to her feeling dizzy and suffering a shortness of breath.

Despite her worsening condition, the 'Bang Bang' hitmaker is determined to continue belting out her hit singles for as long as possible, even though it may have dangerous implications for her health.

When questioned on whether doctors have told her to tone down her shows, she told The Times newspaper: ''Yeah, course they do, and I just go 'Meh, this is what I do'... I have prided myself in having got this far without having to [lip-sync], but if my career carries on moving at the pace that it is, I will have to lip-sync to be able to stay well. My songs are so big.''

Meanwhile, Jessie recently cancelled the remainder of her Australian tour after coming down with a ''sudden illness'', although the sickness is not believed to be connected to her heart problem.

In a statement released earlier this week, she said: ''Due to sudden illness I have unfortunately been medically advised to cancel my three remaining shows in Australia, so I can give myself time to rest and get better.

''If I could magic myself better and be there I would. I can't wait to perform for you all in the future.''