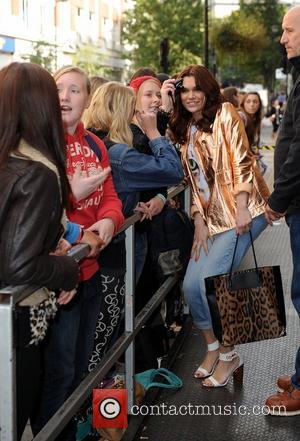 British pop star Jessie J went straight to the top of the Bbc to ensure she landed another series as a judge on the U.K. version of The Voice.

The star was a mentor on the debut season of the talent-searching show earlier this year (12) alongside will.i.am, Sir Tom Jones and The Script rocker Danny O'Donoghue.

The Price Tag hitmaker admits she feared she would miss out on a second run after the auditioning dates clashed with her tour - so the confident singer went straight to the boss of the Bbc to discuss a plan of action.

She tells U.K. chat show host Alan Carr, "My tour dates and the dates of The Voice clashed, so I said, 'I need to prioritise my tour and my fans.'

"I was really gutted so I called the head of the Bbc and said 'Can we talk about this? I don't feel right.' I didn't want to miss out, so I sat with them and we looked at the dates and we jigged things around and I was then able to do it."