Jessie J's second single from her upcoming album will be a collaboration made in pop heaven. 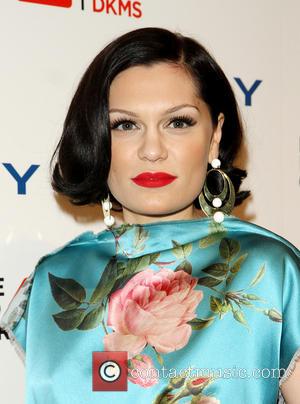 Jessie J has announced the details of her upcoming single, 'Bang Bang.' Set for release at the end of the month, the new track will reportedly feature the talents of US pop superstars Ariana Grande and Nicki Minaj.

'Bang Bang' will be the first single to be released from Jessie's upcoming third studio album, which is currently untitled, as well as Ariana Grande's new album, My Everything. Yesterday (29th June), Jessie teased the new release, telling her Twitter followers Not one... but TWO amazing feats on my next worldwide single! Find out who and what the single is called tomorrow #jessiejalbum3."

A few hours later, Jessie posted the big reveal: "Me + @arianagrande + @NICKIMINAJ = BANG BANG World Premiere 29th July! #BangBang. Ariana returned the sentiment, tweeting "7/29 @JessieJ + me + @NICKIMINAJ = Bang, Bang." Meanwhile, Minaj posted an Instagram image of the single's artwork which features a triptych of the singers along with their names and the song's title.

With all three pop stars embracing the single's promotion with full-loaded social media campaigns, the song is bound to be a hit upon its release. If the single does become a hit, it will be a much needed turn of fortune for London-born Jessie J, who has admitted that her last album, Alive, which was released in September 2013, was not as successful as she would have liked.

More: Jessie J reveals she had a stroke aged 18.

After having debuted at number three in the charts, the record dropped down the top 40. ''I'm very aware of how 'Alive' sold, which is why right now I'm working on new music to be put out ASAP," the singer said, adding ''I'm a businesswoman as well as an artist and I'm aware 'Alive' didn't do as well as 'Who You Are', but that doesn't mean I'm a flop.''

'Bang Bang' will premiere worldwide on the 29th June. Jessie J Has Announced The Name And Release Date Of Her New Collaborative Single, 'Bang Bang.'