New Single From Jessie J, But She's Keeping Us Guessing About The Title 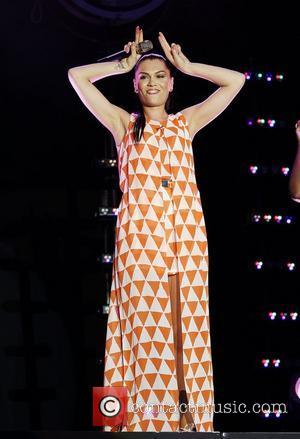 Jessie J has been teasing her fans on Twitter about the potential of a new single. She revealed, in a tweet, that she’s decided which track it will be but hasn’t yet let on to her 6 million followers which song they can look forward to. Earlier today (March 21, 2013), she posted a message saying “Single decided!!!!!! Waaaaaahhhhhh!!!!!!” No word on what to expect from Jessie’s new material though, or when we can expect it.

What is known, of course, is that Jessie will be returning for a second series of The Voice. She’s defended the show’s ratings drop last season by saying that she’s proud to sit in the swivelling judges chair each week, because the show has credibility. “I definitely wouldn’t be sitting in the chair if it was bad, if it wasn’t credible. It is a music show that celebrates and doesn’t ridicule.”

Jessie also explained that she likes the attitude that The Voice takes to its contestants, telling The Sun recently “It is unrealistic, although perhaps fashionable, to compare any show that is brand new. The Voice is like nothing else, there is no bullying, pointing and laughing or editing to make people look horrific.”

When The Voice returns to TV screens in the UK, Jessie will of course be sporting a new look, as she recently shaved off her hair for Comic Relief.