Jessie J gives herself a moment to tell herself to ''be free'' before every concert she performs. 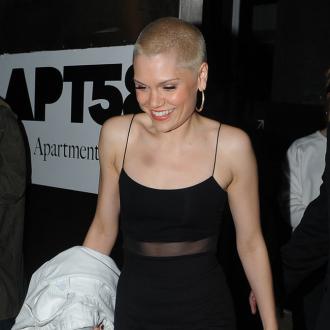 Jessie J has a mantra to get her through each gig.

The 'Domino' hitmaker always finds the time to take a quiet moment for herself in order to prepare herself mentally for going on stage.

She explained: ''I close my eyes and say 'be free' before every show and then I run on.''

Two years ago, Jessie was forced to scrap several gigs after rupturing the tendons in her foot, on which she had surgery, and she will be taking another break later in the year to undergo another procedure.

Discussing her busy schedule, she told BBC Radio 2 DJ Steve Wright: ''It's non stop now, I go to LA in two days to do some more recording, I'm having the pleasure of working with the amazing Pharrell. So I come back for a few days for V Festival and I believe I may be going to Australia and New York.

''The last time I took a break was my 25th birthday [in March] but I'm hoping to have a holiday at the end of the tour and then I'm having surgery in December to have my plate removed from my foot bone. So then I might have some time to relax when I've had that done.''

The 'Wild' singer wants to find success in America, but insists she won't put too much pressure on herself as she knows it will stop her from enjoying her work,

She said: ''I sometimes have to make sure that I don't overwhelm myself with so much pressure that then I don't enjoy the process and I used to do that a lot more so than I do now.

''Obviously I want to make it in America and I want out go there and be a respected British female singer and songwriter but I'm not going to force myself to feel like I have to do it in a time zone so then if I don't I'll then be disappointed. Everything happens for a reason. ''