Jessie J made sure she took out John Newman for a birthday dinner to thank him for writing 'Fire' for her new album 'Sweet Talker'. 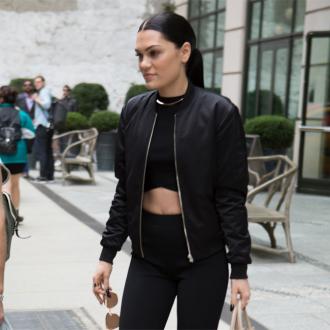 Jessie J took John Newman for a special birthday dinner to thank him for writing for her album.

The 26-year-old singer was thrilled when John gave her the track 'Fire' for her new LP 'Sweet Talker' - which was released this week - and although she didn't get a chance to work with him in the studio she did treat him to a delicious meal to show her gratitude.

Speaking to BANG Showbiz, she said: ''Unfortunately with John I didn't get to go into the studio with him but I took him out for dinner on his birthday and that was my thank you. I know that he heard the song and came back and forth with things that he felt could be changed, but no, we didn't actually work together, he just sent it over.''

The pop pair were prevented from working with each other in person by Jessie's decision to re-locate to Los Angeles to record the album.

She knew the process was going well because the entire record only took five weeks to make and each track sounded like it's ''own film''.

She explained: ''I did everything in LA. I only recorded this album in five weeks, old school! We recorded 20 songs and I used 16. And there are probably three of the songs that weren't used that will be on the next record. I wanted every track to be its own film. I think so many people now worry about everything being very similar like, 'I'm going to do 12 songs like 'Domino' but I would be so bored. And there are definitely going to be songs that are for some people and not for others, you know? My mum has her favourite and my nephew has his and my best friend has hers and everybody's favourite is different and that's what I want ... I wanted each song to be its own personality and a little bit of me, you know? Not every day am I 'Bang Bang' and not everyday am I 'Personal' but those moments exist in my life.''