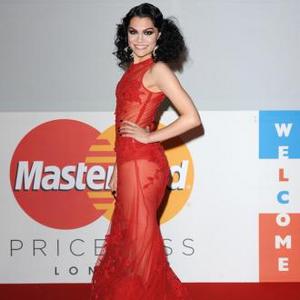 Jessie J is set to duet with Sir Tom Jones.

The 'Domino' singer says she is keen to team up with the Welsh legend on a new song after working together on UK TV show 'The Voice', on which they are both judges.

Jessie - who also appears alongside will.i.am and Danny O'Donoghue on the show - told More magazine of her plans for future collaborations: ''Yes definitely. Your career is about moments and things that inspire you, and all three of them are amazing artists.

''I'd be honoured to work with any of them. I'd love to collaborate with Tom especially, and I think that will happen very soon.''

Jessie says she is loving working on 'The Voice' and has recently insisted she has no plans to quit in favour of working with Simon Cowell on 'The X Factor'.

She said: ''It's very nice of Simon to say nice things about me. But 'The Voice' is the show I want to work on and I'm not going anywhere.

''It's the show that represents everything I am about. I've always supported 'X Factor' and 'Britain's Got Talent'. I've been on both and performed.

''But I love being part of 'The Voice' and I genuinely want these people to come out of this show at the end and know that they're equipped to tackle the music industry.''