Jessie J has revealed that she is hoping to collaborate with Stella Mccartney to create her own fashion collection. 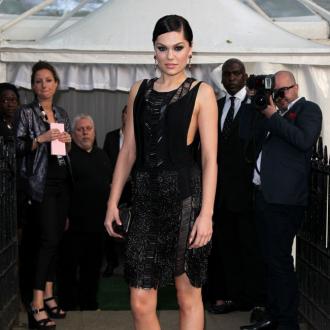 The 'Domino' hitmaker - who is known for making a statement with her flamboyant and garish outfit choices - has been talking to designer Stella Mccartney about a collaboration between the pair as fashion plays such a big part in her life.

Jessie said: ''I just spoke to her and we're hopefully going to work together soon. She's an incredible designer.

Jessie, 24, also says she has embraced her new feminine look, which she says was always her aim but initially needed a style to catch the public's attention.

She told Britain's ELLE magazine: ''That really scary, spiky, cartoony kind of thing, that was me two or three years ago.

''Now, I'm definitely more embracing of myself as a woman and my sexuality and just being a bit more feminine.

''I've always wanted to look like this, but it didn't grab people's attention. And in the beginning you've always got to do something that's going to make people go, ''Who's that?' ''