Jessie J, will.i.iam And Co. To Return To The Voice Next Season 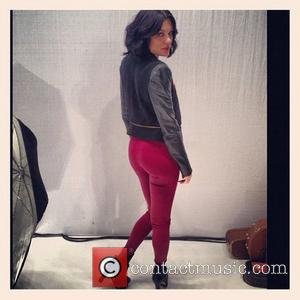 The next season of The Voice will see all of the players from the last - thats Tom Jones, Jessie J, Will.i.am and Danny O'Donoghue from the Script - return to their posts on the show for another run, a new trailer by the BBC reveals.

In the trailer, which aired on the BBC earlier today, all four of the judges appear together in a sneak peak of things to come in the new year. The trailer, imaginatively called 'Love 2013,' also treats fans of Doctor Who and Miranda by showing sneak peaks at those shows too, promising a rather compulsive viewing period for license payers next year.

The Voice is expected to return to screens in the spring, with the show's producers hoping it can reach the standard set by fellow BBC compatriot Strictly Come Dancing, rather than it's musical talent show rival The X Factor, which suffered a massive ratings drop during its last season, whilst Strictly's viewer figures went up.

The trailer features Jennifer Saunders, Paul O'Grady and Timothy Spall in varying roles as a sneak peak into the upcoming BBC schedule, whilst the returns of Miranda Hart, both in Call the Midwife and, well, Miranda, Dr Who and The Voice will serve as the most looked forward to shows in the snippet.