Jessie J Wins All The Style Plaudits At Glamour Awards 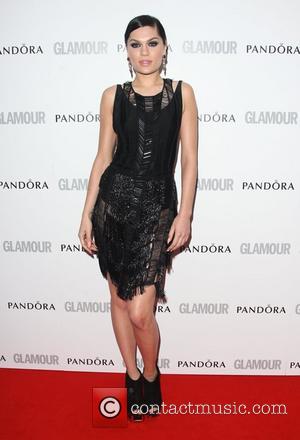 Jessie J was a big winner - in more ways than one - at the annual Glamour Women of the Year awards in London on Tuesday evening (May 29, 2012). 'The Voice' coach picked up the UK Solo Artist of the Year award, though was also a big favorite with the fashion and beauty critics.
Though the likes of Kylie Minogue, Jessica Alba and Naomi Watts also impressed on the red-carpet, it was British star Jessie J who won the plaudits with her subtle makeup and black dress. The UK Telegraph's fashion writer Sonia Juttla noted, "Jessie's hair and make-up were exactly what her flippy 1920s Julien MACdonald dress commanded. She, or rather her make-up artist for the night, Karin Darnell, had created a modern day flapper girl face". Jessie J recently confessed to Grazia magazine that she changed her image after thinking she looked "like a transvestite". The Laserlight singer told the magazine, "I started to look like a cartoon character with the fringe and the catsuits.I ended up looking like a transvestite. I want to change my hair, change my style. I want to be allowed to grow".
Other big winners at the Glamour Awards - hosted by comedian Graham Norton - included Kelly Rowland, who won Best TV Personality, and Holly Willoughby, who scooped Best Presenter. 'Mirror Mirror' actress Lily Collins won the 'Breakthrough Award', while Eva Longoria bagged the 'Inspiration' gong.