Jessie J won't strip off for Robin Thicke in the video for their new single together, 'Calling All Hearts'. 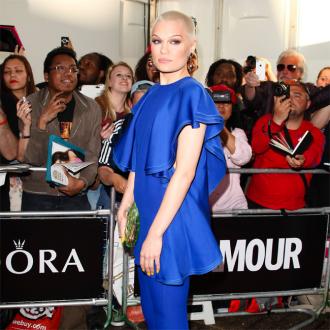 Jessie J won't strip off in her new video with Robin Thicke.

The singers have teamed up for a new track,'Calling All Hearts', but Jessie has ruled out any naked antics like those in Robin's 'Blurred Lines' clip, which saw him surrounded by nude models.

She told The Sun newspaper: ''No boobs. Not doing that. Even though Robin is really cool and I was thrilled he wanted to duet with me.

''I'll be getting paid a lot of money if they want me to dance around like the girls in the 'Blurred Lines' video.''

The 'Wild' star also appears on the debut album by Dj Cassidy, which includes a number of classic artists Jessie is proud to be featured alongside.

She added: ''It is such a terrific sound. Earth, Wind and Fire play, along with musicians who worked on the biggest hits of Chaka Khan and Michael Jackson. It has a real Eighties vibe to it.''

She said: ''I met [former show judge] Randy Jackson last week and he said there was a point where they almost had to ban my songs from the auditions because everyone would come in and try sing 'Mama Knows Best' and 'Price Tag'.''

'Calling All Hearts' is included on Jessie's second album, 'Alive', which will be released next month.